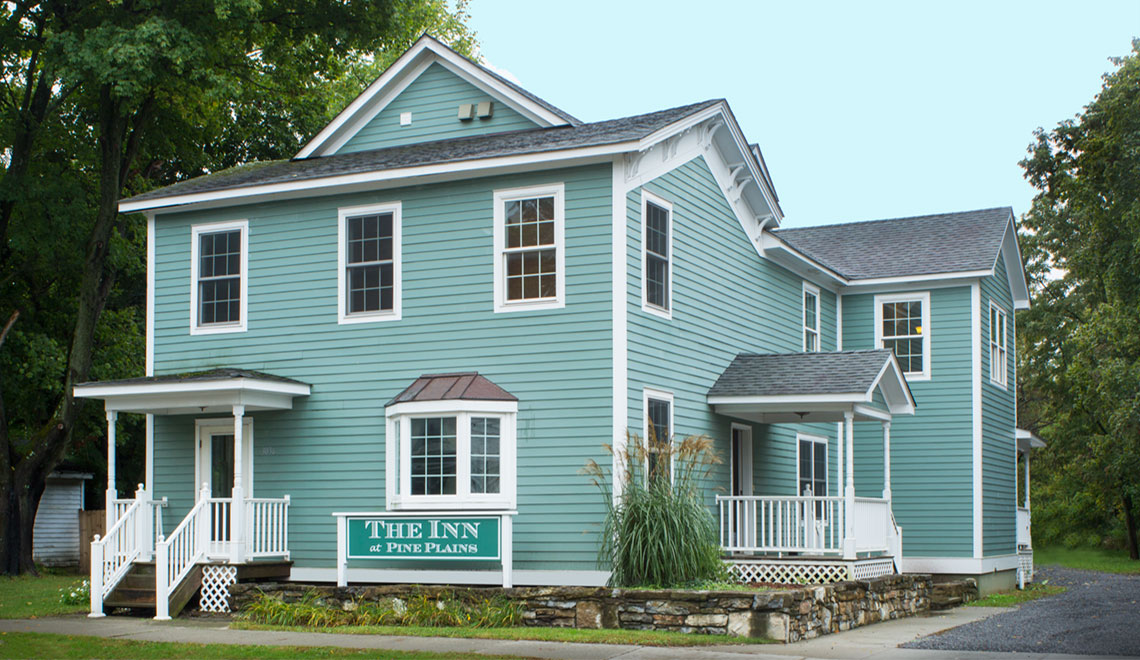 Though always strong in its sense of community and never short on character,  Pine Plains was once a thriving hamlet with four different railroads, its own weekly newspaper, and a bustling main street. In the middle of the last century, the railroads disappeared, the Taconic Parkway was extended north beyond Route 199, and the town became somewhat sleepier.  With Stissing Mountain, Stissing Lake, and Memorial Hall (now under renovation as a regional Performing Arts Center and Community Hall) the town has been described by officials of the Dutchess County Planning Department as ” the hidden gem of Dutchess County” .

A recently announced Revitalization Plan for the hamlet is effecting a rebirth of both activity and charm. The Inn at Pine Plains celebrates this rebirth and provides much-needed accommodation for tourists, local families, and visiting families of the many boarding schools within a half hour of the Inn.